Here are 5 Outstanding Landmarks in Belfast which are well worth seeing when visiting the city. 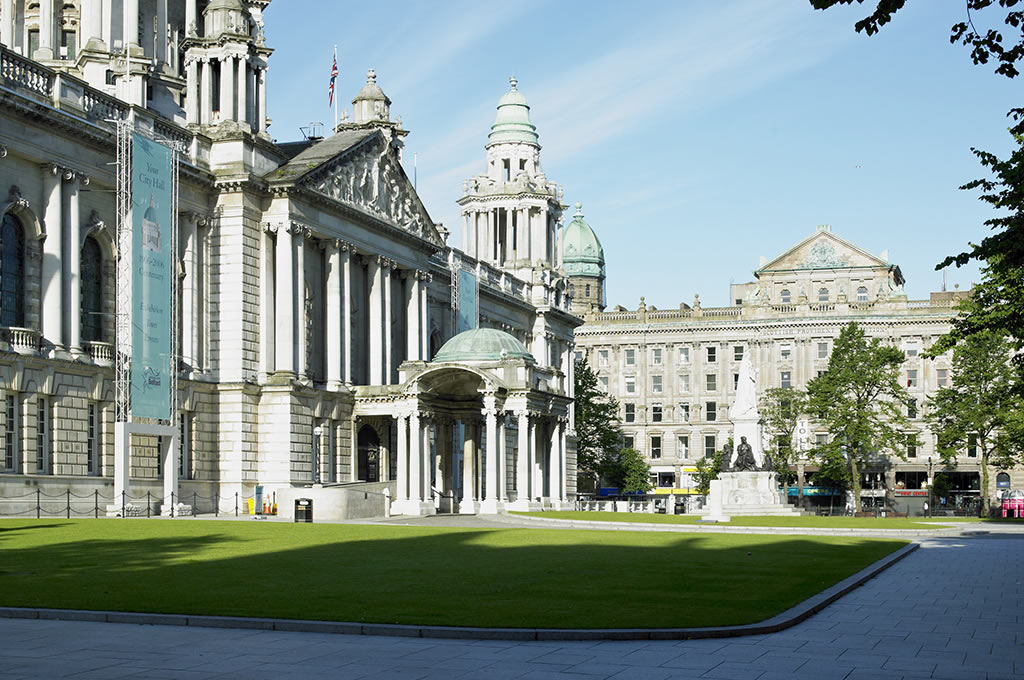 Dating from 1898 the present building replaced the White Linen Hall. Much of the exterior is of Portland stone and it has towers at each corner with copper-coated domes.
The lavish interior includes the Grand Entrance, The Grand Staircase, The Reception Room and The Great Hall. Italian marbles are used widely throughout the building and there are many beautiful stained glass windows.
The gardens around Belfast City Hall are a popular meeting place for tourists. young people and local workers. There are numerous statues and memorials in the grounds including a Titanic Memorial and a statue of Queen Victoria.
In 2007 a huge Ferris wheel was built in the grounds so that visitors can now have panoramic views 60 metres above the city. 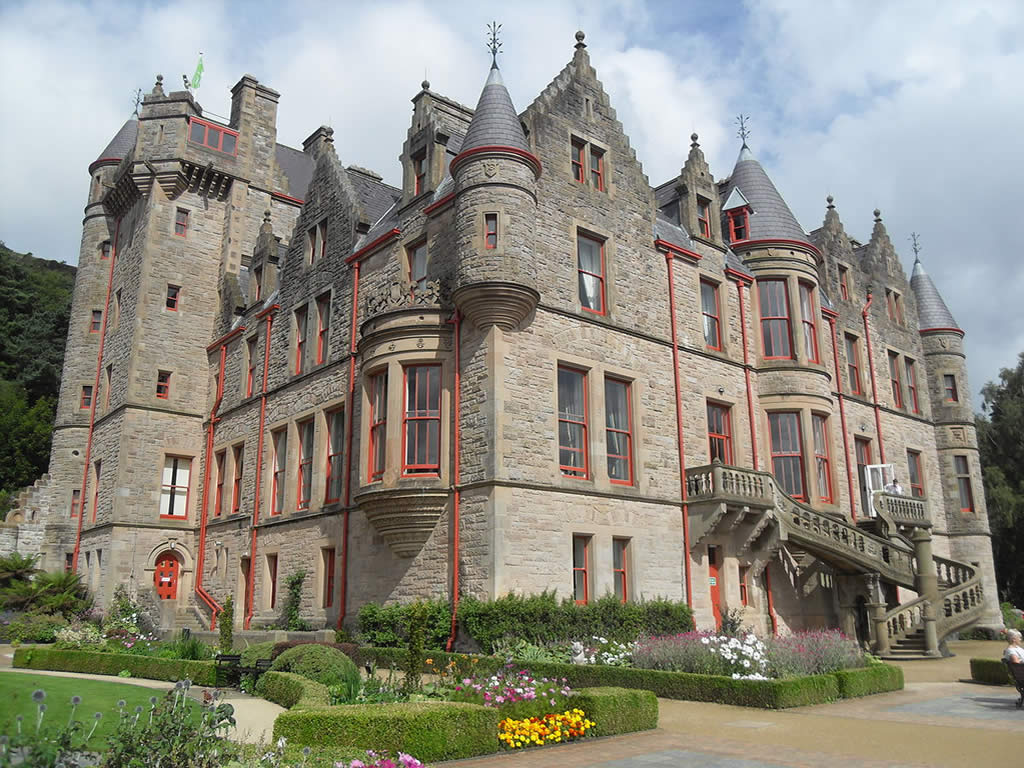 The current Belfast Castle is located in Cavehill Country Park and was built in the early 19th century replacing an older 12th century Norman Castle.
Belfast City Council took over the castle in the 1930s and after major refurbishment it was open to the public in 1988.
The Castle has an antiques shop, a restaurant a visitor centre and it is a great venue for conferences and wedding receptions.
For more information including Opening Times see here. 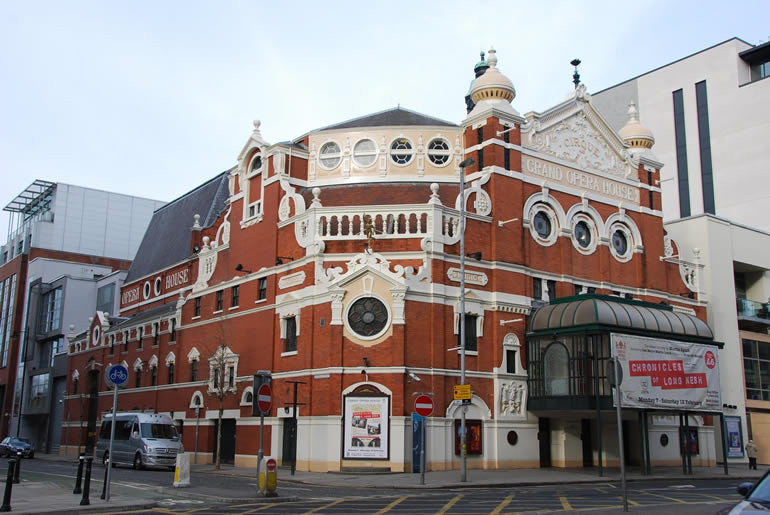 Located on Great Victoria Street next to the Europa Hotel, Belfast Grand Opera House is not just for Opera. It stages a huge variety of shows including opera, drama, dance, comedy, musicals and family shows. First opened in 1895, the theatre has survived two World Wars, The ‘Troubles’, bombings and it has been restored on a number of occasions and is now back to its brilliant best.
For upcoming shows, seating plan, box office and more check here.

4. The Harland and Wolff Cranes 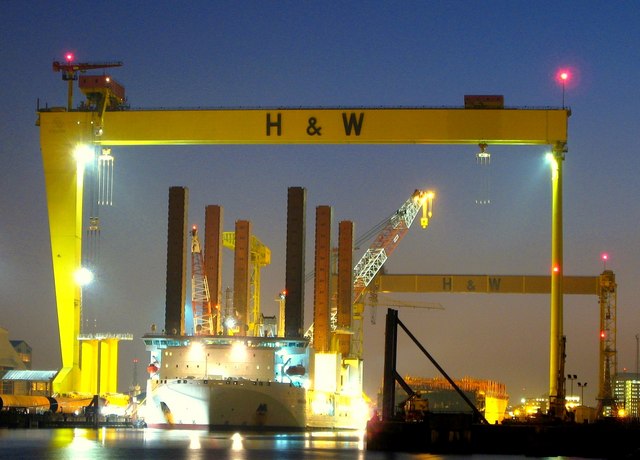 These iconic landmarks, also known as Samson and Goliath, have dominated the Belfast skyline for about 40 years. Standing at 106 metres and 96 metres respectively, they are among the biggest cranes in the world and were used in the construction of ships at Harland and Wolff shipyard. They are now used in the repair of ships and have been designates as historic monuments.

Queens is the premier university of Northern Ireland offering over 300 degree courses. Founded in 1845, Queen’s was intended to be non-sectarian and by the 1990s Catholics and protestants were equally represented among the student population.
Some of its distinguished graduates include former President Mary McAleese, poet Seamus Heaney, former First Minister David Trimble, actors Liam Neeson and Stephen Rea.