This is our selection of the 5 Top Belfast Events August 2014. 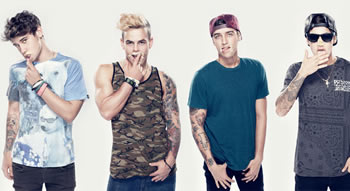 The Melbourne punk band, The Janoskians came to attention in 2011 with “Awkward Train Situations” video which they uploaded to YouTube. They now have almost 1.5 million YouTube subscribers with over 100 million combined views. They will feature their new song “Real Girls Eat Cake.”
Book Tickets here

5 days of Rock School where you can learn the art of being in a band, writing songs and all to do with being a rocker.