Belfast, situated at the mouth of the River Lagan, is the capital of, and largest city in, Northern Ireland and second largest on the island of Ireland.
In earlier times it was known for its linen industry and the shipbuilding firm of Harland and Wolf, which built the ill-fated Titanic. 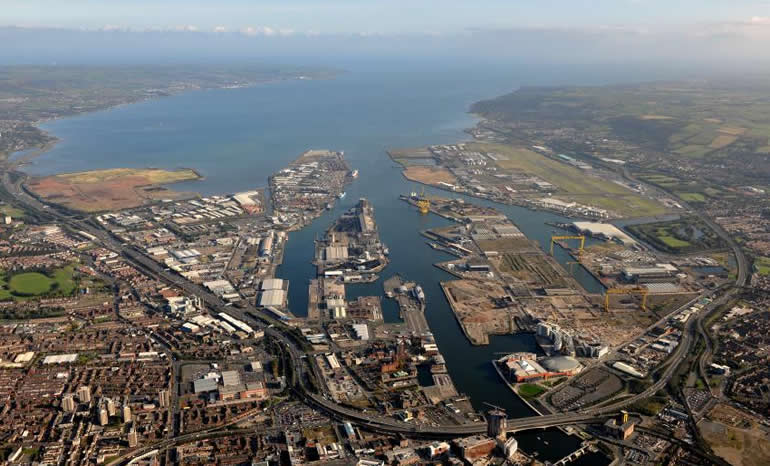 Belfast is still a centre for industry and although the shipbuilding industry has declined greatly Harland and Wolf still build some ships as well as offshore platforms and ancillary products. Remnants of the linen industry still exist but Belfast is concentrating nowadays on high tech industries including computer hardware and software.

The city suffered greatly during the ‘Troubles’ when sectarian conflict caused thousands of deaths and injuries as well as millions of pounds of property damage. But since the Good Friday Agreement and subsequent disarming of most paramilitaries, Belfast has experienced a constant period of calm, which has led to the regeneration of the city and great economic and commercial growth.

In that time Belfast has changed from being a largely no-go area to one of the most popular city destinations in the UK or Ireland. The development of the city centre especially around Victoria Square with its shopping malls and other attractions has made it a very lively place which attracts thousands of visitors. 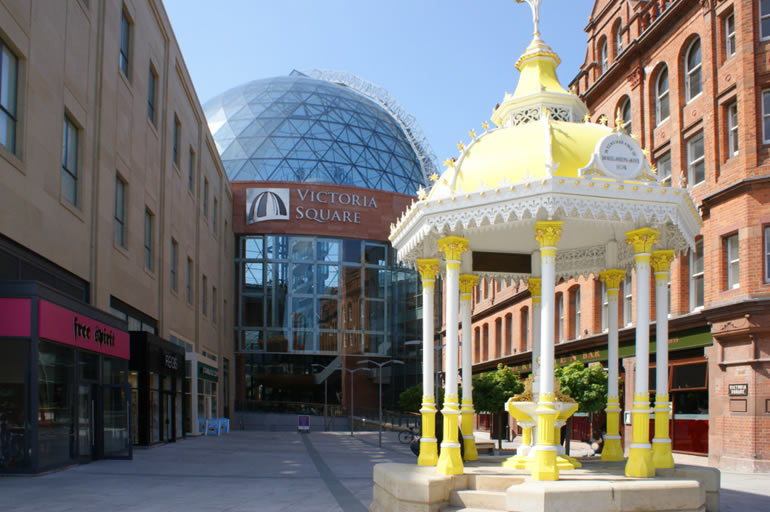 One of the newest attractions in the city is Titanic Belfast which opened in April 2012. This is a ‘must-see’ for anyone visiting Northern Ireland. It is located in the centre of Belfast, on the docks where the Titanic was built. Visitors can experience the entire Titanic story from conception to the ill-fated voyage and subsequent discovery on the ocean floor.
For more details see Titanic Belfast Website

Belfast has many other attractions including The MAC (Metropolitan Arts Centre), the Botanic Gardens, Belfast Castle, Belfast City Hall, Belfast Cathedral, The Ulster Museum and much more.

A short drive away is the famous Giants Causeway which a spectacular geological formation made of basalt hexagonal columns which has many myths and legends associated with it.

The city is well served by two airports, the George Best Belfast City Airport (named after one of the world’s best loved footballers), and Belfast International Airport.

The city has a good range of accommodation, mainly hotels and B&Bs but the is also some excellent self-catering accommodation.
Probably one of Belfast’s best known hotels is the Europa Hotel which was bombed many times during ‘The Troubles’ but which is now a haven of peace in the centre of Belfast.

Belfast has a temperate climate, sometimes windy conditions, and some rainfall throughout the year.