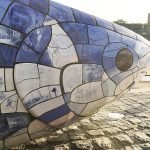 If you have been to Belfast and haven't seen The Big Fish it will be worth your while to go back again. The Big Fish in Belfast is a unique ceramic sculpture made up of tiles which depict prints and drawings about the history of Belfast. Many of the images were sourced at The Ulster Museum and the drawings were done by schoolchildren from local schools. The Big Fish was funded by the Laganside END_OF_DOCUMENT_TOKEN_TO_BE_REPLACED 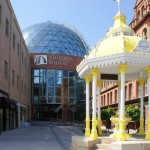 Belfast, situated at the mouth of the River Lagan, is the capital of, and largest city in, Northern Ireland and second largest on the island of Ireland. In earlier times it was known for its linen industry and the shipbuilding firm of Harland and Wolf, which built the ill-fated Titanic. Belfast is still a centre for industry and although the shipbuilding industry has declined greatly END_OF_DOCUMENT_TOKEN_TO_BE_REPLACED