Update Saturday 25th September 2021: There are lots of Getaway Deals still available with substantial discounts But there are still many good deals to be found here. So go ahead and check it out! For 36 hours from 13th August 2021 you can get 30% or more off selected hotels and other accommodation worldwide. Don't miss thes short window of opportunity - "When it's gone it's gone" Explore END_OF_DOCUMENT_TOKEN_TO_BE_REPLACED 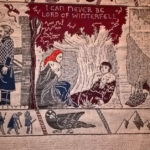 Game of Thrones is one of the most popular and widely acclaimed series on television. Now in its eighth season, its ratings have grown over the years with audience numbers topping over 10 million per episode in the US alone. Much of the series is filmed in Belfast and other parts of Northern Ireland. Game of Thrones tourism has become a big feature of life in Northern Ireland with many END_OF_DOCUMENT_TOKEN_TO_BE_REPLACED